He was on a mission for another mafia group to assassinate the CEO of a large company. The information was vague and he wasn't going to take it originally, but circumstances changed and he ended up taking it anyway.


His reasons were none of their business so he just left it at that. Unfortunately he was not aware that it was a set up and the CEO had a giant guard squad of highly trained assassins. Now he was good but he was still human and he was shanked in the side before he could get away. He hissed quietly as he applied more pressure to the wound.

It hurt like a bitch and was way too close to his kidney for comfort. Could this get any worse? Of course it could. It began to rain. Just as he was going to grit his teeth and continue to haul his ass up and out of the alley way the rain suddenly stopped pouring down on him. He looked up to see a young girl, probably seven or eight years of age. She was holding out an umbrella over his head and for the life of him he couldn't figure out how she had managed to creep up on him without him noticing.

Sure he was losing blood but he wasn't called one of the worlds greatest hitman for nothing. He would have at least felt her presence. She was cute, of course most children were, but she had a slight air about her that made him see her differently then most children. She had long wavy black hair that was pulled back into a high pony tail as her bangs fell into her heterochromatic eyes. One eye was a bright green while the other was an almost purple color.

The combination reminded him of emeralds and amethyst. She had a small nose and full lips and was rather tiny for her age. She wore a simple blue dress and black mary janes and for some reason he realized that her umbrella was shaped like some sort of frog. Reborn coughed and wheezed slightly at the sudden pain in his side. Reborn grunted as he slowly and painfully pried himself from the floor. When he was finally on his feet the girl handed him the umbrella and motioned him to fallow.

It was slightly strange fallowing the demands of a small child but if nothing else he believed in self preservation and if this girl could help him then who was he to judge. Of course there was always the option that she would somehow be in league with his targets turned enemies but he really couldn't dig himself into a deeper hole, so why not.

If anything he wasn't afraid of dying. The girl led him to a normal sized house in a perfectly normal suburban area. Once inside the girl gestured him up the stairs to what he assumed a guest bedroom. By the time he was out of his wet clothes and only in his boxers his body hurt like hell and he wanted nothing more than to pass the fuck out, unfortunately that wasn't really an option at the moment as the tiny girl from earlier walked it with a towel and a first aid kit. 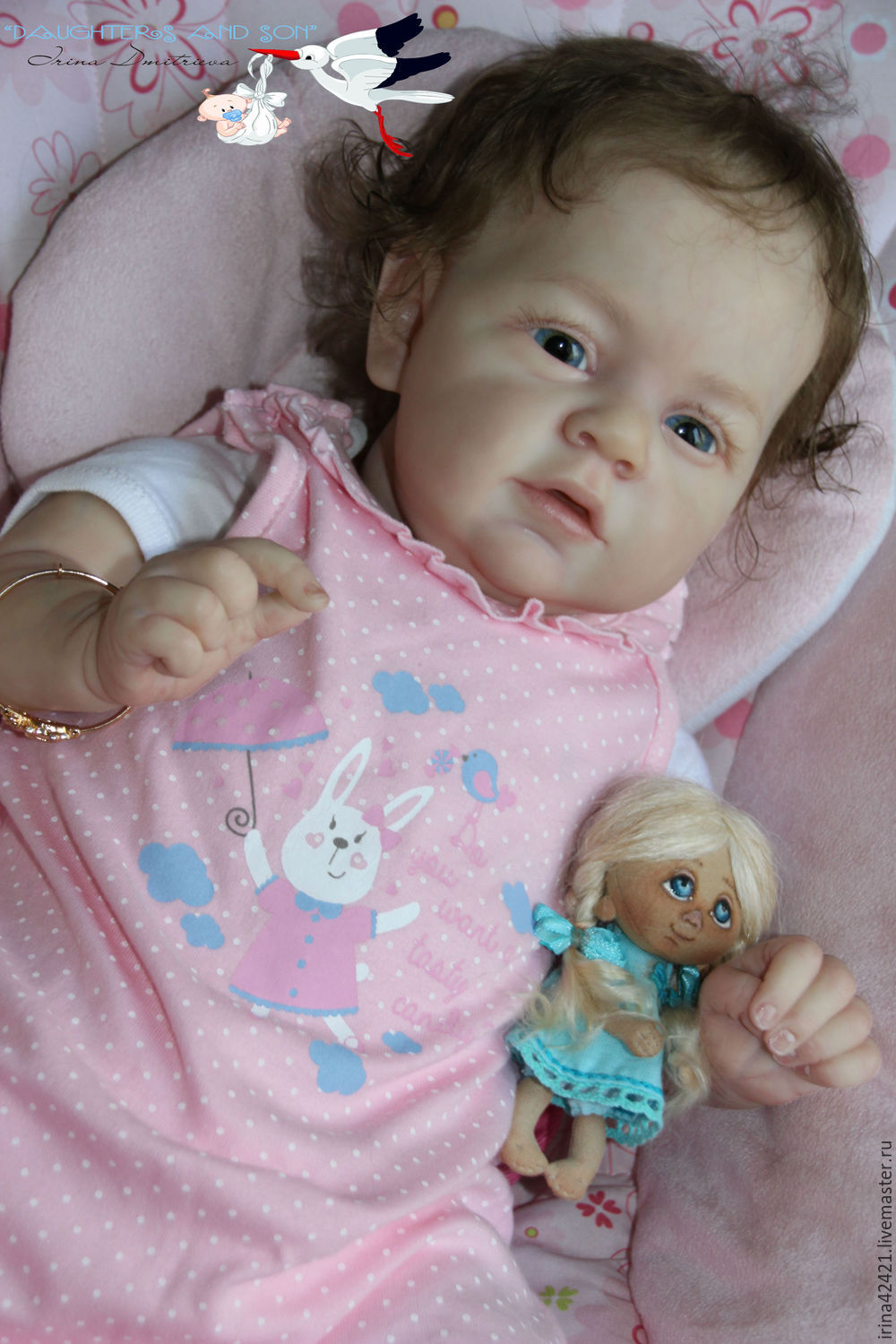 He raised a brow at her as she started to prepare to dress his wounds. At the look on his face she just looked at him rather blankly and had he not been the hitman he was. He would probably have been unnerved by it. As it was, it only served to pique his interest. He hissed lowly as she applied the disinfectant none too gently. And as he stared down at the child he realized she was still unaffected and completely blank faced.

Most children would be cringing or shying away at the sight if the wound.

But the girl just examined it before wrapping it. When she was done she looked at him with the same bank expression. I can't do that so you'll need a doctor. Reborn looked her in the eyes and tried to figure her out for a moment before realizing she literally felt nothing.

And it made me feel closer to Reborn in a non-stalkerish way. It was the middle of winter, and my heater was busted, so there was no plausible reason that my house should be so hot. I got up warily, cursing myself for taking the only room lacking a window, and approached the door. A flickering light could be shown through the crack, and a small amount of smoke was escaping in as well. I grasped the door handle, flinching at how warm it was, and how it was still heating up as I held it. Gulping nervously, I turned it and open the door- ducking behind the door like I read about in case there was a fire 2.

I want to say that it looked like hell, but it didn't. When you think of hell, columns of red ominous fire and dark black smoke with the most hideous of creatures seeping out come to mind. Instead, yellow flames were there, bright and beautiful and enchanting in how it danced across the walls and floor. I have never seen yellow flames before….

My pajamas weren't much protection against the fire, and I didn't have a tie for my hair to get it out of the way, nor did I dare go back and get one. Every minute counted, and I already didn't have many to begin with. So with a brave face, and after mentally psyching myself up, I went through the fire, going through small pathways that had yet to be enveloped in flame. The fire seemed to surge at my approach, burning more intensely with every step I took. I managed to go through most of the house and was almost at the entrance when I heard an ominous creaking noise.

I looked up and barely had enough time to cover my head before part of the roof collapsed on me.

Spots danced across my eyes as pain the likes of which I've never felt before raked my body. The fire closed in around me, embracing me. I only had enough time to think that it was strange that the flames licking at my skin didn't burn before I fainted. When I woke, it was in this strange place; dark and damp and everywhere I didn't want to be. I couldn't move, couldn't speak, and for months, maybe even longer, it became my own personal hell. For all I know it could be hell.

If whoever placed me here's goal was to drive me insane, well, they got it. I was in almost complete isolation, and insanity was beginning to seep in. Only the strange muted murmurs that reached me and shaking that came at random intervals kept me from going off the deep end. I distracted myself with mundane things, having to do something to keep from thinking about the situation I was in. Why was the fire yellow? Was I in a coma? After those enlightening thoughts I went over other stuff. When that stopped being interesting I went through what I learned at school. The English alphabet, math, science, French alphabet, French verb tense, things like that.

After what felt like forever something finally changed. This place started closing in on me, squishing me, pushing me down what felt like a tube. Was this perhaps what apparition felt like in Harry Potter?

If it was, I completely understand why Harry prefers a broom as a means of transportation over everything else. But at the same time I rejoiced. As I struggled along the tube I saw a light at the end of the tunnel so to speak, the first in a long while.

Finally, after all this time I would be free of this place.

With a wail of victory I escaped. I could feel a breeze against my wet skin and-hold on. Was that a hand I felt holding me? Opening my eyes-when did I close them? I quickly glanced around. There were two nurses in the room, along with a sweaty and tired looking one in the bed. She had long curly pink hair and tan skin with light green eyes think of a tanned green eyed version of Euphemia from CG. I felt a ball drop in the pit of my stomach as I was handed over to one of the nurses to be washed.

This only happens in books or movies. Not in real life. I couldn't have been reborn? Faintly I realized that I was in shock, these turn of events too much for me. I didn't faint, but I was close to it. I was handed over to the pink haired lady who was probably my new mother. And wasn't that strange. She had this gentle look in her eyes as she gazed down at me lovingly, and I couldn't help but smile up at her as much as I could given my circumstance.

She cooed, and cuddled me closer. I was getting tired; the events of these past hours, or most likely months, catching up with me. I felt warm and safe and started to nod off. Perhaps this new life of mine would be worth something more than the one I previously lived.

So there's the first chapter. This is a rewrite of the previous prologue because when I was reading it I didn't like it. What do you think?